If you are a LGBTI Indonesian living in Australia, stay with me. In just a moment, I will explain why you could be eligible to apply for an Australian permanent visa.

But you have to be quick. Not many people know about this opportunity offered by the Australian Government.

An increasing number of incidents have been reported…

An increasing number of incidents have been reported in Indonesia where police, or vigilantes who later report to police, have invaded private spaces including homes, hotel rooms and private clubs looking for LGBTI people. Victims have been paraded naked in public and identified in the media on some occasions.

In 2017 Human Rights Watch reported that police apprehended 300 people for their presumed sexual orientation or gender identity in Indonesia. This included the arrest of 141 gay or bisexual men in one raid in May 2017 of a gym and sauna in Jakarta.

That’s why many LGBTI Indonesians are running away to Australia…

Oftentimes they come as a student…

Here they experience freedom to express their real sexuality and gender identity without discrimination.

Australia is one of the most LGBTI-friendly countries in the world.

In a Pew Research poll, 79% of Australians agreed that homosexuality should be accepted by society.

What’s more, when they get here, Indonesians realise that they can apply for a protection visa and stay permanently in Australia…

How good is that?

If you believe your life is at risk because of your homosexuality or your gender identity you may be eligible to apply for a protection visa.

And in just a moment I will explain why you should apply for a protection visa as soon as possible.

Before that, let me address the main issue…

Quite often these protection visas are refused by the Immigration Office.

SBS published on 9 September 2019 that “more than 90 per cent of onshore protection visa cases are refused”.

So what happens if your protection visa application gets refused.

If your application gets refused the first time, your chances of staying in Australia will be very slim.

You will have to appeal.

You may have to go to court.

Avoid that at all costs.

Reasons that could lead the immigration office to refuse your protection visa application?

Oftentimes, LGBTI applicants don’t have the time and resources to properly write claims explaining why the Indonesian government, police and even their own families pose a risk to their lives.

And they also struggle to explain and prove that they are genuine homosexuals or transgender.

Sometimes because they haven’t even come out to their family and friends.

See, it’s difficult for them to gather the right evidence to support their claims.

There are ambiguities, contradictions and even grammar mistakes in their claims.

What they are trying to say can be easily misinterpreted by the Immigration Office.

Anything that could spark doubt in the mind of the Immigration Department could jeopardise your protection visa application.

If you are a genuine LGBTI foreigner from Indonesia and you believe your life is at risk if you go back to Indonesia, click here to book a consultation with us.

Indonesians tend to look for immigration agents who come from Indonesia.

And many Indonesian immigration agents in Australia were raised by families who do not accept homosexuality, let alone transgender.

They might agree to help you. But be careful.

Most of the time, they don’t specialise in protection visas. Even worse, deep inside they don’t agree with your homosexuality or gender identity.

Plain and simple, they just want your money.

More than often, these protection visa applications are refused. And we get LGBTI Indonesians coming to our office crying and asking for help.

Sometimes we can help. But other times, there is nothing we can do.

In the last month alone, in response to a growing number of protection visa refusals, LGBTI Indonesians are coming in droves to get assistance from us.

We are the No. 1 protection visa lawyers, proudly helping LGBTI Indonesians to stay in Australia…

Last year, we were rated as “Best Protection Visa Lawyers in Melbourne” by “Top 10 Lawyers”.

And the news is quickly spreading among the entire Indonesian LGBTI community in Australia.

But most importantly, we proudly support the LGBTI community.

You might have seen us before in LGBTI protests around Melbourne. And we will continue actively participating and sponsoring upcoming LGBTI activities.

If you are a genuine LGBTI foreigner from Indonesia and you believe your life is at risk if you go back to Indonesia, click here to book a consultation with us.

Our strong connection with the LGBTI community is the main reason why 98.9% of our protection visa applications get approved…

We understand LGBTI issues like no other immigration agents and lawyers in Australia.

We know how to write claims and collect all the necessary evidence to prove to the Immigration Office that you are a genuine LGBTI person and your life is at risk if you go back to Indonesia.

We have even successfully represented LGBTI individuals in court when their visa applications got refused and they had little hope to stay in Australia.

But as I said before, you want to avoid getting your visa refused at any costs.

And we want to help you lodge your protection visa application in a way that doesn’t create any doubt in the mind of the Immigration Office from the outset.

But you have to be quick. We are living moments of uncertainty.

The COVID situation in Indonesia is not getting any better.

They want to apply for their protection visa in case they need to travel back to Indonesia for emergency purposes and get stuck there.

Who knows when or if they will be able to return to Australia.

That’s why they want to make sure their protection visa doesn’t get refused.

They see this as a once-in-a-life-time opportunity to free themselves from gender and sexual oppression and discrimination in Indonesia.

But it’s not only that…

Everyone wants to live in Australia.

Wages in Australia are much higher than most other countries.

A protection visa let’s you stay in Australia permanently.

You can live and work in Australia as a permanent resident.

And that means you are also entitled to Medicare (Australia’s free health care scheme) and Centrelink services (financial support from the government).

Better still, you can get your Medicare right after lodging your protection visa application.

Ultimately, you will have all the power to fight against LGBTI discrimination in Indonesia right here from Australia, while enjoying most privileges and benefits Australian citizens have.

If you are a genuine LGBTI foreigner from Indonesia and you believe your life is at risk if you go back to Indonesia, fill in the form below to see your chances of getting a Permanent Residence in Australia right now.

Attention: As of 26 May we’ve been experiencing a high influx of consultations. But we promise we will get back to you as soon as possible.

What matters to us most is what our clients have to say about their experience once everything has been resolved. Below are some of the messages we have received from people we’ve represented.

Sonia R.
From the first day me and my partner went to Gold migration,they were very welcoming and very professional. They process my partner visa last year in August and i got both my 820 and 801 visa granted together in May this year,we are very grateful that we went to see them for doing our application. Specially thank you to Sarah McNeil who look after our visa she was excellent from the start to finish.I would recommend gold migration to my friends and family.everything was done perfectly without any doubt and very helpful as well.read more

Sadiya C.
I recommend Sarah McNeil for anybody looking to get help with their protection visa.She has been amazing and because of her hard work and so much dedication towards my case the case officer only spent 25 minutes to take my interview and my visa was granted within a month after the interview.read more

Jaea Y.
Saemeh, who was looking after the partner visa application, was amazing. Prompt reply, great communication, and friendly! Thank you Gold Migration. I got my visa granted in just 2months and 2 weeks! Much quicker than expected.

sam S.
From the first call and conservation we had ,I knew they are the right lawyers for the job. We did a meeting and I didn’t even need to think about it twice , it was clear they are the right people ( lawyers ) for the job , they professional with a high level of attention for details and great communication skills and fast responses .very accurate about all requirements and how to address it .we kept a steady communication through the process and gave us a full guidance and help n our paper work . As a result my wife visa was granted in a record time . Like to thx all the team at Gold lawyers , special thx and appreciation for Andreas ,Kiriaki and Rita .Much love and respect .read more

Patrick C.
Perfect service and everything is looked after very well. They managed to get approved the Visa I was seeking within an excellent timeframe. Strongly recommend their services

Jake C.
Gold Immigration lawyers helped us to get our Visa is Record time! We are very happy with the experience and excited for the next step of our journey!Thank you very much!Would recommend!!!

Bryan M.
I am very thankful to Gold Migration for helping me obtain my permanent residency through the protection visa in a record time of 11 MONTHS. Since the beginning, they have been very professional and Kiriaki accompanied me and guided me through the whole process. She always looked out for me and thanks to her and the entire team, I achieved my residency.I would highly recommend them and thank you again.Bryan Marmolread more
‹
› 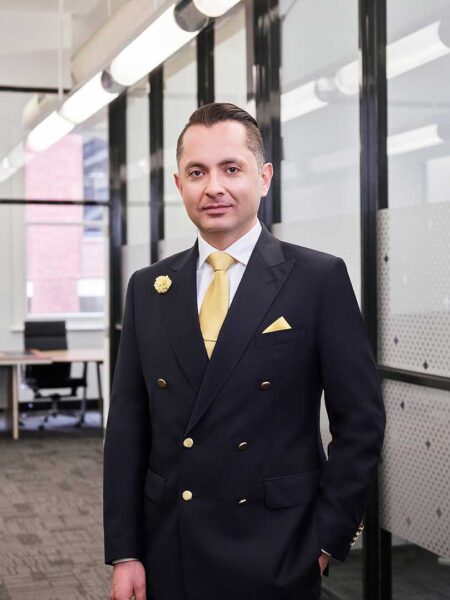